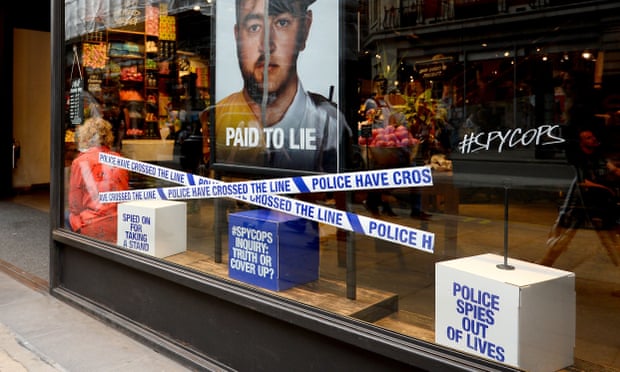 Cosmetics brand Lush has been praised by campaigners for its nationwide campaign to raise awareness of the ‘spycops’ scandal, which has seen union, safety, environmental and other activists’ groups infiltrated by undercover police officers.

Displays condemning the police strategy appeared in Lush stores last week. Customers were also asked to sign a postcard urging home secretary Sajid Javid – who has criticised the Lush action – to appoint a panel of experts to the inquiry, expand its remit to Scotland and to release the personal files of victims.

The company commented: “This campaign is not about the real police work done by those front line officers who support the public every day – it is about a controversial branch of political undercover policing that ran for many years before being exposed.

“Our campaign is to highlight this small and secretive subset of undercover policing that undermines and threatens the very idea of democracy.”

“He promised to publicise the spycops issue in every store across the UK and he has lived up to his word.” Smith criticised secrecy in the ongoing Mitting inquiry into undercover policing, adding: “In its current form, the public inquiry is heading towards being a good old-fashioned Establishment whitewash.”

Union construction safety campaigns were among those infiltrated by undercover police officers.

The Metropolitan Police has admitted passing the information it obtained on construction safety campaigners to the Consulting Association, an illegal blackilsting organisation financed by major construction companies.

The association was shutdown by the Information Commissioner’s Office in 2009.

Leading politicians, lawyers, union officials and victims of the undercover policing scandal have all signed an open letter defending Lush in the wake of criticism of the company’s campaign.

The shadow chancellor John McDonnell and union leaders Len McCluskey, Matt Wrack and Manuel Cortes are among the signatories.